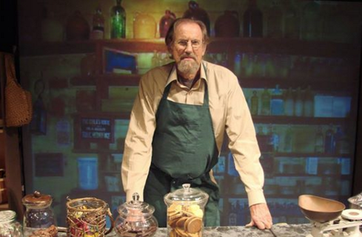 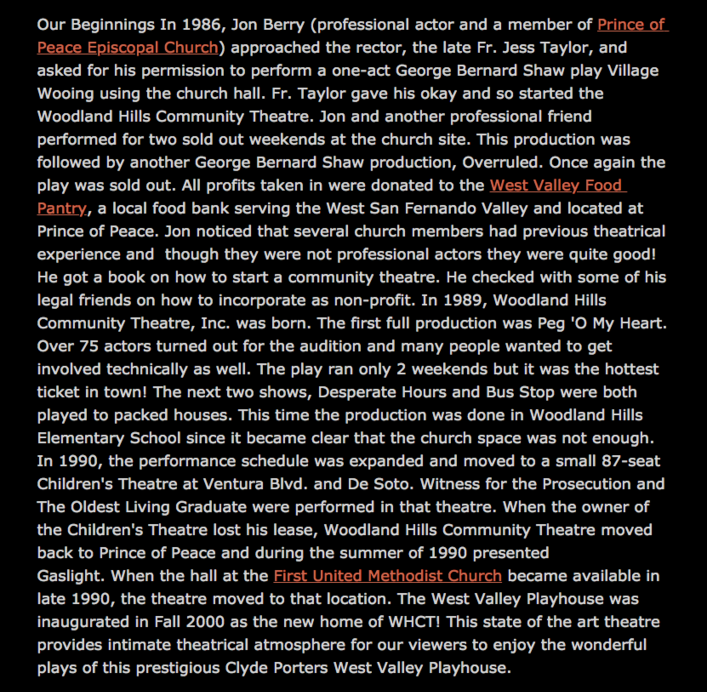 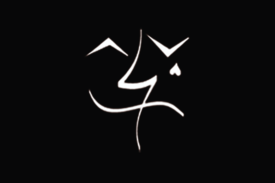 a scene from 2017 Village Wooing

Our Mission
The Woodland Hills Theatre / West Valley Playhouse is a 501(C)3 non-profit org. that is specifically dedicated to bringing quality live theatre to the people of the West San Fernando Valley. The group is committed to performing the commercial successes of Broadway, as well as lesser-known works that represent the best of our theatrical heritage. The primary goal of our theatre is to provide quality entertainment at a reasonable price and to make it available to all the people of the community we serve.

​Webmaster: Marla PeppY Miller will continue to update the website with what's happening!

As Founder and Artistic/Producing Director of The West Valley Playhouse Jon has been nominated many times for the Valley Theatre League’s “Artistic Director Achievement Award”, winning directorial awards for Gigi (1996), The Fantasticks (1998) and Don’t Dress for Dinner (2000). As an actor, he has worked professionally in New York, Kentucky, New Mexico, and Los Angeles. In 1982, Jon originated the role of Eddie Hayhurst in Horton Foote’s critically acclaimed Off-Broadway production of The Roads to Home. He received a Drama-Logue Award for his performance in The Last Meeting of the Knights of the White Magnolia and Valley Theatre League Awards as Best Supporting Actor in a Musical for A Tale of Two Cities (Parts 1 and 2), the 2003 Best Actor in a Drama award for The Chase. and the 2004 Best Actor in a Drama Award for his performance in The Heiress In addition to a recurring role (two seasons) on the Fox Network series Mr. President starring George C. Scott, Jon has appeared in Quantum Leap, Matlock, and Doogie Howser, M.D. among others. He’s done many national and local commercials, extensive ADR (voice-over) work, most notably for Murder, She Wrote, and the Cosby Mystery Series.